Oh the weather outside is FRIGHTFUL... 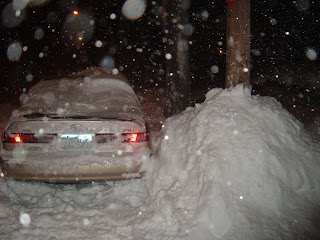 We've had so much snow these past few days in chilly Buffalo. It's hard to say just how much because it's blowing around and causing huge drifts that could be misleading, but I'd say at least a foot...maybe more...and the snow's not stopping!! The whole city is basically snowed in--schools are closed, church was canceled today after Sacrament Meeting, and it was quite the endeavor to navigate our little Civic through the drifts on the way home.

Ryan has been shoveling walks non-stop. He shovels ours, and a couple hours later, it needs to be shoveled again. I am his cheerleader: I watch through the window and make sure the heat is turned up for when he's done. Am I a good wife or what?? He's also been helping neighbors dig out their cars and clear their driveways. He's a good man with a sore back. 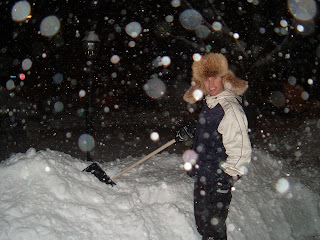 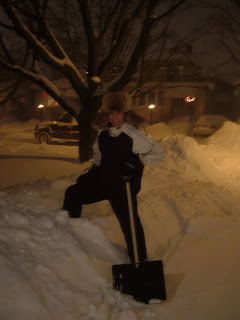 Here is some video footage, although I'm not sure it does it justice. We are just praying we can fly out on Wednesday morning and make it to Idaho to celebrate Christmas with Ryan's family.


With the storm, it's been hard to get out and do anything fun the past couple of days, and I am going a little "stir crazy," but we are making the most of our snow-bound days.

We have some friends from church who live on our street, so the other night, we walked down to their home and watched WALL-E. This is the dessert I made for the evening. I am quite proud of my homemaking skills. 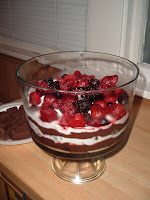 Tonight, we had a few of the neighborhood kids over to decorate a gingerbread house. They love "Mr. Ryan." 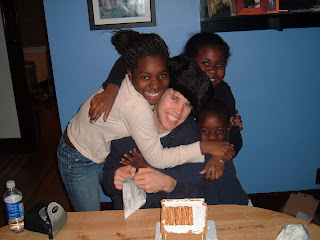 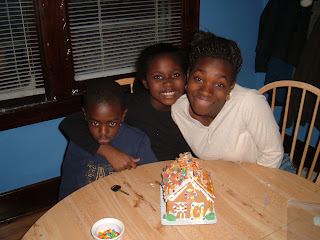 So, I have to go now because I am actually going to venture out into the snow to help Ryan shovel the driveway...this is about his fifth time doing it in the last two days...

P.S. I have to add that this morning was one of the weirdest storms I've ever encountered: There was thunder and lightning during the blizzard. WHAT THE??!! Buffalo is such an odd place!
Posted by Rachel at 7:25 PM