Update on the Two Loves of my Life 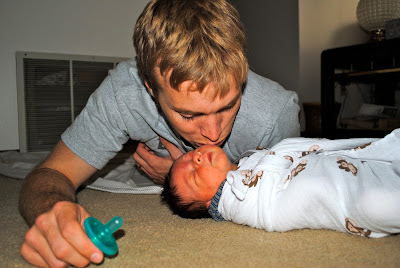 Happy birthday, Ryan!  I love you, and so does Noah!  Thank you for being so good to us.