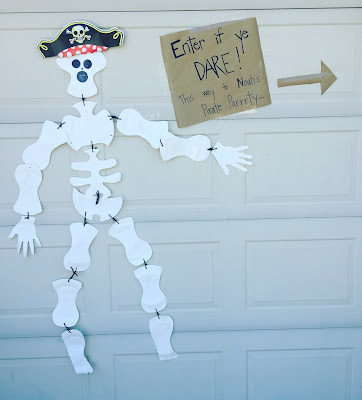 Noah requested a pirate party for his 5th birthday, and it was really fun for me to put together.  I consider it a genetic trait that I love to plan birthday parties: my mom was the queen of super creative themed parties, in the era long before the internet and Pinterest.  It's fun to feel like I am continuing her legacy as I plan birthday fun for my kiddos and their friends. 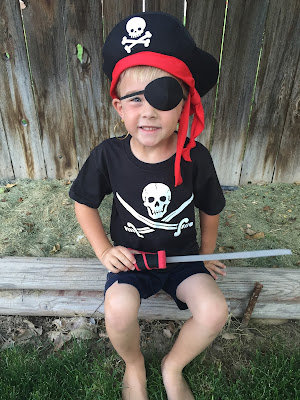 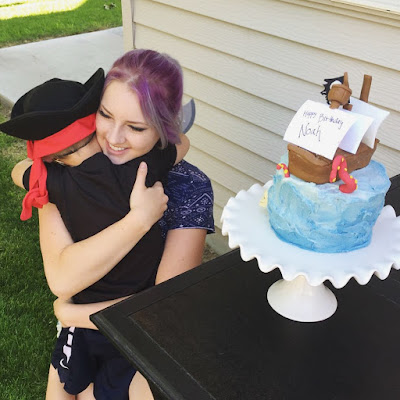 Noah woke up on the day of his party to a pirate shirt, hat, sword, and eye-patch.  He also had an amazing birthday cake waiting for him, made with love by his talented birthmom.  He had requested a pirate ship with a monster attacking it, and Katie sure delivered.  He was bouncing off the walls in excitement as he helped us prepare all the stations and decorations for the party that morning, and he bombarded his friends as soon as they started arriving with all the details of the fun that we had planned. 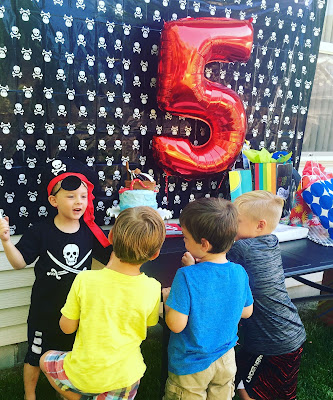 Here is Noah and his band of pirate mateys.  My personal favorite is the little wench with the mustache on the front row. 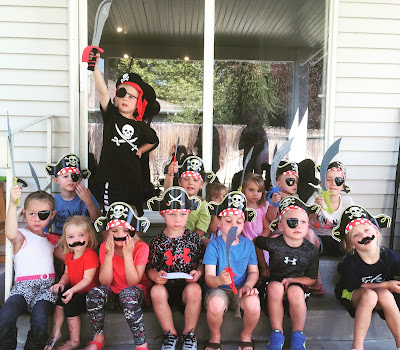 Just then, who should come walking into the party?  Why Captain Hook of course! 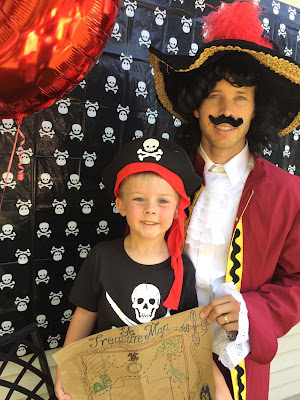 And as luck would have it, he was looking for some new members for his pirate crew!  But in order to make the cut, they would have to prove that they  could complete all sorts of pirate tasks. They proved that they could stay on a ship (hammock) in the midst of a wild storm; they completed an obstacle course which included walking the plank; they learned sword fighting skills from the master himself; and they defeated a "sea monster" with water balloons: 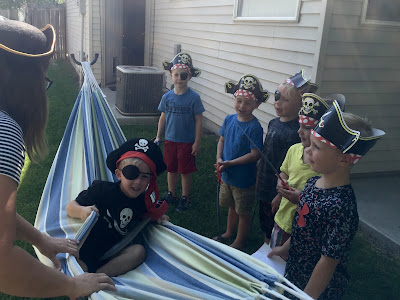 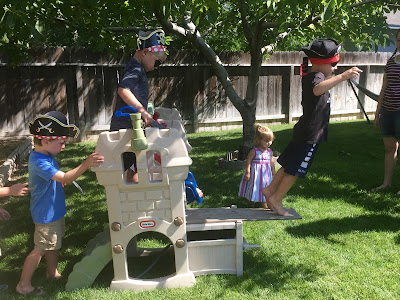 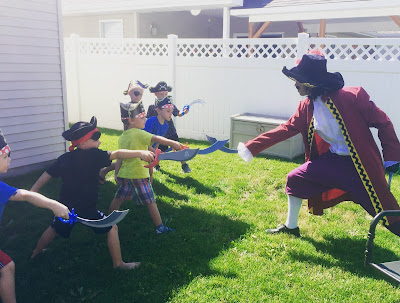 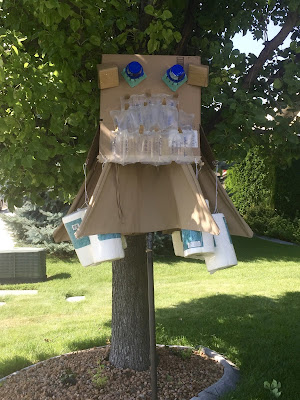 And finally they followed a real treasure map to a real buried treasure.  This was my favorite part of the party--we actually buried a wooden chest in the garden for them to dig up.  So funny. 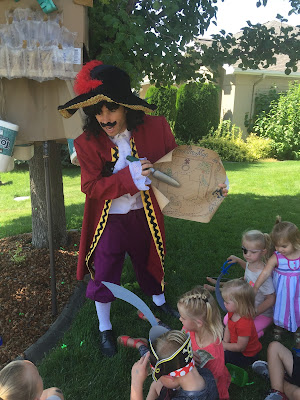 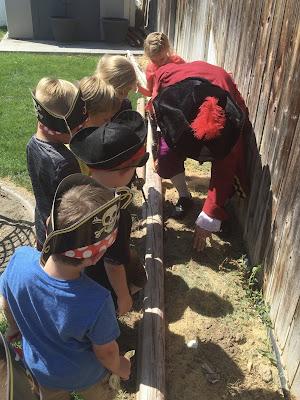 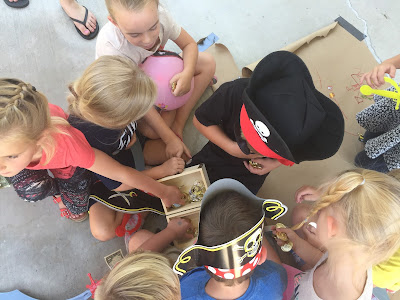 Then it was time for cake, and I must say, not many boys are lucky enough to have Captain Hook lighting their birthday candles... 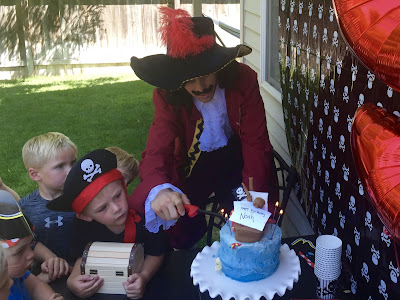 or a cake that bursts into flames during the singing.  Ha!  The sails were made out of cardstock...oops.  Well, it just added to the effect. ;) 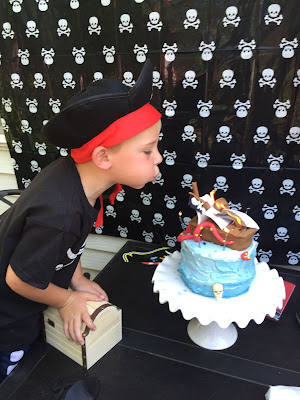 Then he opened presents, and it was a chaotic free-for-all, and he literally got an arsenal of toy weapons from all of his friends.  Nerf guns, water guns, cross bows...little boy heaven!  And his little best friend, Alex, gave him Legos and Oreos, two of his favorites.  Score! 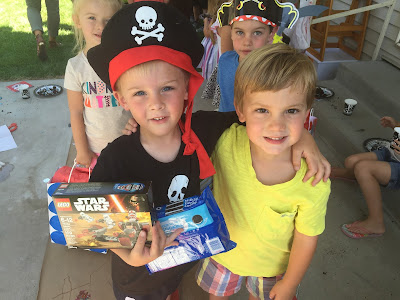 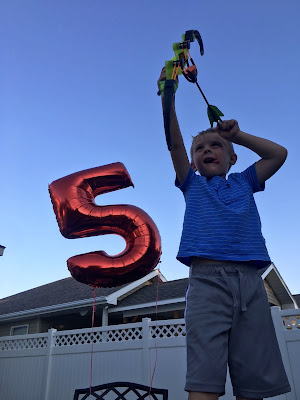 At the end of the day, Noah went to bed one tired (and happy!) little pirate.  It was such a fun day celebrating him.
Posted by Rachel at 6:13 PM 1 comment: Links to this post